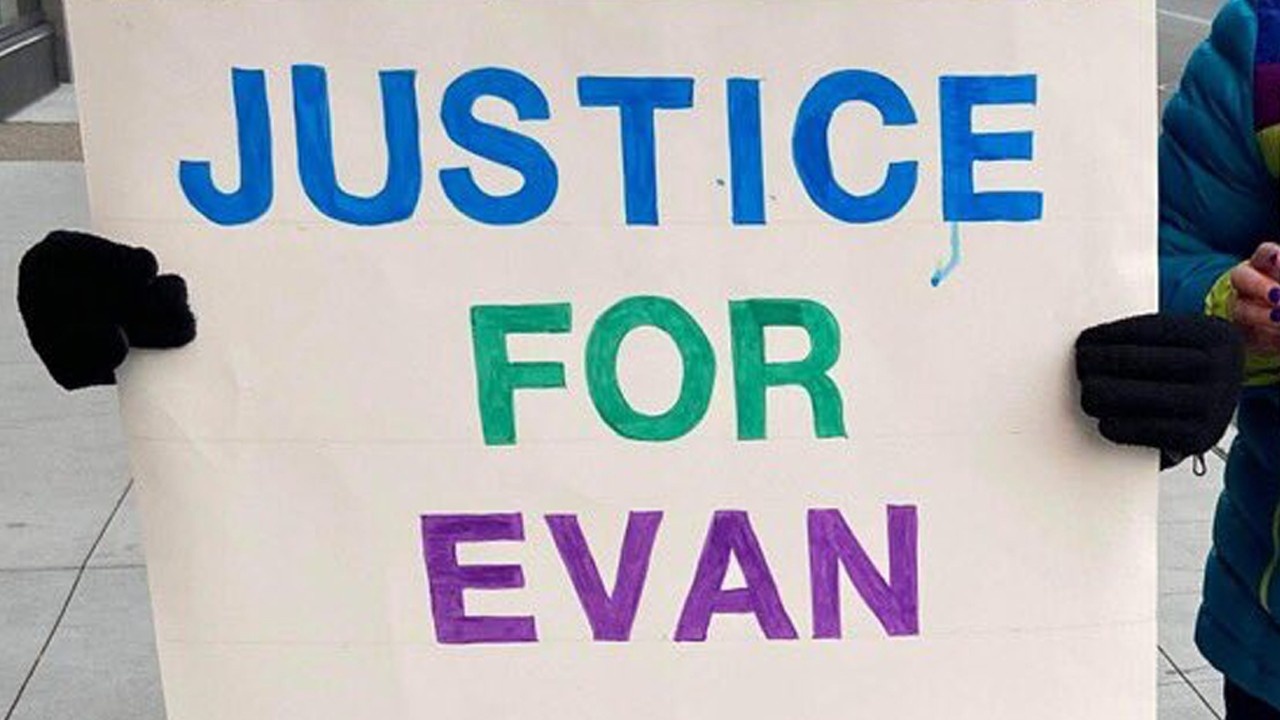 I’m a survivor of being targeted at work. A 15-year veteran, impeccable record and reputation, and I absolutely loved my job in special education. I can honestly say I never dreaded or hated going to work. In fact, I looked forward to it. My students were like my own.

But that all changed when I became a target. When a new administration took over, the targeting began.

In September, after I made a report as a mandated reporter (it’s my job to report suspected abuse or neglect), my union rep told me “whether intentional or unintentional, and I don’t believe in coincidences, you have a target on your back.” He then said “you didn’t hear this from me, but you might want to consider a constructive discharge.” I’d never heard of that. He explained what it was. I was a single mother raising two sons. Quitting a job I love with somewhat decent pay was not an option. I, like Evan, put in for a transfer. It was denied.

After six months of relentless targeting me, I begged God to get me out of there. "Help me," I’d say. “I cant take it anymore." I dreaded going to work after months of this mistreatment. I couldn’t eat. I felt like I was dying inside. Attorneys I called all across the state told me “there's no law against being a jerk.”

On December 8, 2014, they wrongfully discharged me in a prearranged meeting. In that moment, being told I was being discharged, I felt like the shackles were off my feet, the prisons door had been opened, and I could hear angels sing. I was so elated, felt free for the first time in months. My union president accompanied me to the meeting. When they said they were terminating me, her eyes bulged out and her jaw opened wide. I'd say she was in utter shock, and she later confirmed she was. But I was on cloud 9.

Until reality hit me 48 hours later. Then it all hit me.

I began having chest pains, panic attacks, and depression. As they fought me on my unemployment, I had no income. It was almost Christmas. How was I going to provide for my family? I had to pull out my retirement and live off of it until 6 months later when I finally received unemployment after a referee hearing.

That's when I crashed hard. I couldn’t get out of bed. I cried nonstop. I couldn’t shake it. I’m a strong woman and not afraid to speak up. But brought me to my knees. I was an absolute mess.

I often thought of suicide but I couldn’t. What would my kids do? I couldn’t do that to them. That's the main reason I did not follow through. I still had a teenage son at home.

I won my job back through an arbitration process with my union and the district. The 40-year veteran arbitrator they used found the school district to be “egregious and capricious,” stating “they fabricated and exaggerated and violated their own policies.”

By then, the damage was done. But they weren’t finished with me just yet. They filed a suit in local court saying the arbitrator didn’t do his job.

The arbitration process took over a year, but I had been made whole as if I never left. Part of being made whole was my backpay minus the unemployment. I was going to leave on my own terms when they gave me my back pay. But the district began another battle in court about paying me what was ordered in a binding agreement.

In our local court, I heard the term “red herring" when the union attorney used the term. “I’ve been on this bench for 20 years and I’ve only had two cases like this before me, and this is the second one.” After both attorneys spoke, the judge said the arbitrator’s decision stands. He then pointed directly at the two administratration representatives sitting in the court room and said “and I don’t want to see you back in my court room again."

I spent another year fighting them in court for my back pay. My union attorney said to fly under the radar while I waited for the back pay so I could leave on my own terms. They did honor the arbitrator’s decision of putting me back to work, which was in a massively labor-intensive job: 12 adults in wheelchairs with manual labor and heavy lifting being 90% of my job. I was sore and hurt everyday. Little did I know I was rupturing discs. The day of the wheelchair basketball game, a vertebrae slipped out of place, and I now live with a permanent disability.

I lost everything. It’s been a long, painful, and difficult journey recovering from the losses. It takes a mental and emotional toll. I wouldn’t wish being a target at work on my worst enemy.

When the opportunity was presented to me to plan a protest for Justice for Evan, I did my research what took place for Evan Seyfried. I went to sleep that night and then woke up at 6:00 am the next morning — wide awake-type wake up. I laid there a split second wondering, "Why am I waking up this early? I never wake up this early." I immediately began thinking about Evan, knowing how horrible he felt. I began feeling that pain, that despair, that fear, that confusion, that anger, that bewilderment of "this can't be real," that helplessness, that praying it stops or goes away. Tears began streaming down the sides of my face onto my pillow. I prayed for his family and friends and told Evan I’d do this for him.

I also for a quick moment began to take on some blame, thinking "if I'd have been more aggressive and vocal about my experience and was more active and relentless about legislation being passed and made more noise, maybe he would still be here." I know I don’t have that kind of influence. No one person does. That is why they say there's strength in numbers. But "what if," I thought. "What if?"

I reminded myself I have had to heal from my experiences. I will forever have back and neck problems. I had to recover from that and go through a work comp suit that I also won. It’s taken a toll on me and at the same time it's made me stronger and much wiser. My rose-colored glasses are off. I no longer think that just because we have good work ethics means all employees have them.

Bullies in school grow up and go to a new playground: our places of employment.

It’s illegal in every state for children to bully in school. But those children can grow up and bully at work?

I want #JusticeForEvan to honor Evan Seyfried's life and legacy. His death will not be in vain. We will join together in love and kindness yet boldness to get workplace anti-bullying legislation passed in this country.

RSVP FOR A MARCH 9 PROTEST NEAR YOU (a local team lead will reach out to you with more details):

IF YOU DON'T SEE A LOCATION NEAR YOU, PLAN A PROTEST NEAR YOU (pick a State House or court house, let us know, bring a sign, and we'll handle the rest — it's that simple):