Five people who ended their lives from workplace abuse 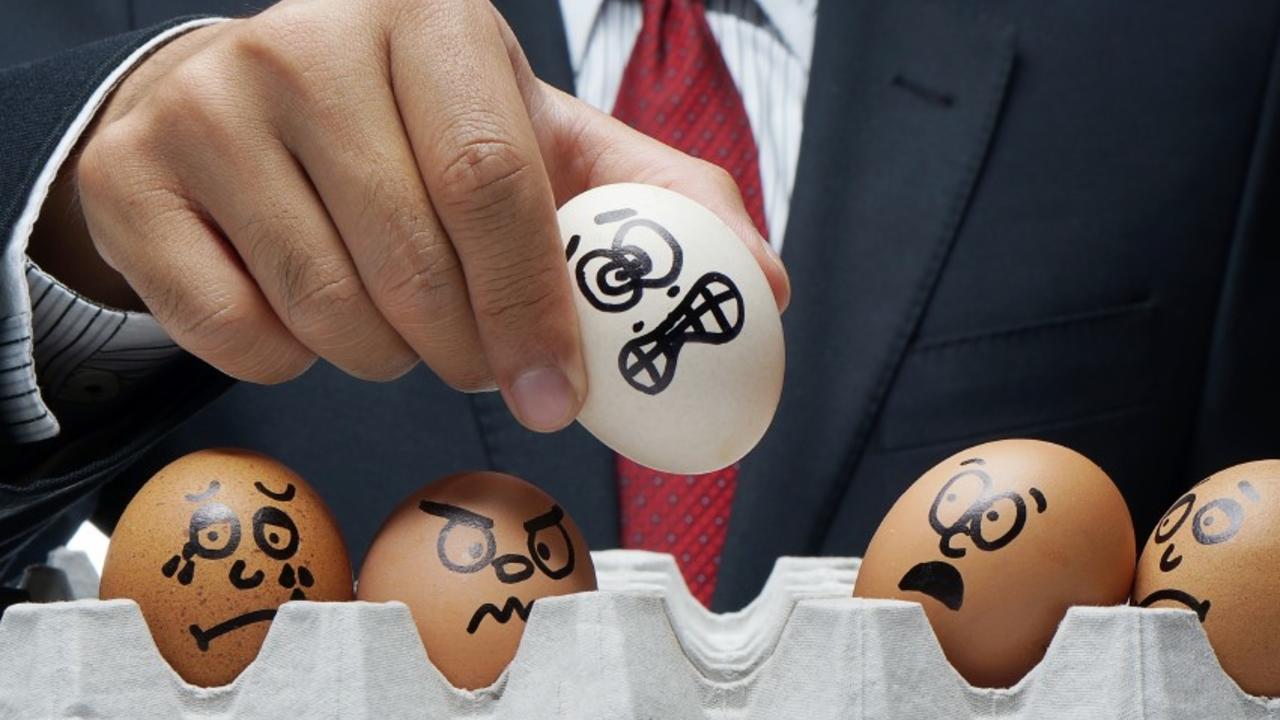 Researchers tested to see if qualities of workplace bullying targets brought on uninvited psychological assaults but found nothing: zero data to support reason to blame the victim. In other words, targets are not simply those with exploited weakness.

In fact, evidence shows the opposite. Targets are often high performing, highly ethical employees whose competence poses a threat to their low performing, low ethical bosses.

The abuser’s only real motivator is to battle the target while having the upper hand – an unethical tactic used to uphold the image they long for but are unable to get through competence:

The trouble with competence and ethics

Normally having competence and ethics would help someone sleep at night. But with these traits, a workplace bullying target can find themselves on a slippery slope to suicide contemplation – or “bullycide” – and it can happen to any of us.

Workplace abuse can cause a target to abandon hope over time, to not see a future or alternatives. Abuse tactics are often so outrageous that no one believes the target when a bully attacks. They think the target must have done something wrong or exaggerates. Then abandonment by coworkers and impatience of family members and friends lead to utter loneliness and despair. When everything they try fails, they lose all hope. Abuse causes severe health harm and can also produce confusion, emotional numbness, and the fight-or-flight reaction normally associated with traumatic stress.

These responses are natural. Long-term abuse can lead to depression, a normal response to stress that can change brain chemistry and cloud rational thinking, leading to suicidal thoughts.

All health harm from abuse is attributable to prolonged exposure. Ending the abuse can restore brain chemistry and rational thinking, allowing for recovery. Otherwise, damage to health and ultimately suicide can result.

Five targets of workplace abuse who took their lives

Sadly, these five targets of workplace abuse never made it to the healing phase and took their lives:

Virginia Firefighter Nicole Mittendorff was cyberbullied in an online forum "that appeared to target female emergency workers" according to the Huffington Post. She ended her life with a suicide note.

"Commenters went after multiple women believed to be Fairfax County employees and volunteers, making claims about their promiscuity, sharing their photos, and judging their attractiveness," said Reporter Nina Golgowski. "In one case, a woman’s selection for a paramedic program is credited to the guys she regularly sleeps with, including her chief."

"What is not clear is how long the fire department knew of the posts and how they were handled, if at all," she added. Law enforcement can find out the identities of anonymous posters.

Annette Prada, a New Mexico government worker whose managers avoided dealing with workplace abuse as much as possible

At the New Mexico state agency the Public Regulation Commission (PRC) in the Corporations bureau, Annette Prada dealt with both verbal and written abuse, including demotions, in the last few years of her decades at the PRC. Annette’s daughter reported that her mother was “only two years away from retirement. She tried to stay strong” but had health problems. The trouble with waiting even one year is that severe stress shortens lives.

Annette’s best friend from work, Mercie Roybal, who worked at the PRC for 33 years, confirmed that Prada complained she had been bullied at work. Former staff told The New Mexican reporter Staci Matlock that there was a pattern of bullying.

Johnny Montoya, PRC Chief of Staff, was unaware of Prada's complaints from Prada, either from a complaint never bubbling up to his level or from Prada never filing one to begin with, possibly from fear of losing her pension.

PRC Deputy Chief of Staff for Legal Affairs and Attorney, Bob Parker, told Matlock that he doesn’t believe there is a pattern of bullying at the agency. Like many higherups, he allegedly vilifies those who complain about mistreatment, giving no weight to a possible pattern.

Marlene Braun, a highly ethical employee prevented from doing her job by an unethical boss

Workplace bullying target Marlene Braun ended her life on May 2, 2005 in California after her claims of torment from her boss Ron Huntsinger.

Days before he left office in 2001, President Clinton proclaimed the greatest concentration of endangered wildlife in all of California, the 250,000-acre Carrizo Plain, a national monument. Braun became the first Carrizo Plain National Monument Manager, hired to develop a highly controversial “resource management plan that would put for the first time the health of native species ahead of cattle grazing interests at the Carrizo” mandated by the Secretary of the Interior, according to reporter John Peabody in the San Luis Obispo New Times article “To Die on the Plain.”

“The plan, though, would never see the light of day. Braun’s supervisor, Ron Fellows, retired, and that’s when things took a drastic shift at the Carrizo. From March 2004, when Ron Huntsinger took over as field manger, until Braun’s death on May 2, 2005, the draft would be revised at least four times, and the Carrizo Plain managing partners would start to lose faith in the Bureau of Land Management (BLM)’s management of the Carrizo. Huntsinger blamed Braun, but Braun retained her support from the plain’s managing partners,” explained Peabody.

Braun said that under Huntsinger, she felt intimidated, humiliated, and abused, all while she was able to keep cattle off the land. “Some suspect that Huntsinger was hired to ‘fix’ the resource management plan, that as it stood it was not friendly enough to grazing interests,” said Peabody. “This shift in planning has caused many to speculate that someone higher up in Washington was turning the screws on California’s BLM, and that Huntsinger was assigned to drive Braun from her post.”

“Marlene had strong principles, was a hard worker, and believed in fairness. She caught and pointed out his mistakes. Until her new boss came, she never had a black mark on her record. Therein lies the paradox: contrary to stereotypes, it is not the weak who are bullied; it is the strong,” said close friend Kathy Hermes, who would later become the Connecticut Healthy Workplace Bill coordinator. Others commented on how passionate Braun was about the Carrizo Plain.”Braun was straightforward and expected the same from others,” Hermes added.

A month after Huntsinger began, he began removing responsibilities from Braun and hired on a lead for the plan, excluding Braun from meeting, never documenting why she was not doing a good job, and re-writing already reviewed parts of the plan.

Soon after, Braun told managing partners over a conference call that she suspected changing national politics influenced looser rules over cattle grazing. Huntsinger yelled at Braun for “leaking” internal information and would not let Braun defend herself. Braun felt demoralized. Huntsinger repeatedly ignored Braun’s emails after that episode and refused to consider changing anything he did. Eventually, after Braun accidentally cc’d Huntsinger on an email saying he misinterpreted grazing regulations, Huntsinger banned Braun from speaking with the managing partners altogether and then gave her a five-day suspension, skipping a written complaint in the progressive discipline process despite the suspension being reserved for egregious offenses. After Huntsinger said he would never help her get a transfer to another area, Braun felt like Huntsinger was trying to ruin her career.

Ultimately, Braun resigned herself to the situation. “Braun became withdrawn and anxious. She saw doctors who prescribed her antidepressants, but the medicine didn’t help.” said Peabody. Within a year of Huntslinger manipulating Braun through abusive tactics, Braun took her own life.

Jodie Zebell, a model employee tormented after receiving accolades and a promotion

Jodie Zebell ended her life on February 3, 2008 at the age of 31, the day before she was to receive a poor job review. A University of Wisconsin-Madison graduate, married with two young children, and a part-time mammographer at a clinic, Zebell was historically praised as a model employee. However, coworkers unfairly blamed her for problems at work and intensified their bullying after Zebell was promoted. After Zebell had a run-in with her supervisor, the supervisor joined in the harassment, “filling Zebell’s personnel file with baseless complaints about her performance and loudly criticizing her in front of others.” The harassment continued for months until Zebell’s suicide.

Kevin Morrissey, whose complaints fell on deaf ears after alleged abuse from a supposed narcissist

Kevin Morrissey took his life on July 30, 2010. The 52-year-old managing editor of the award-winning Virginia Quarterly Review (VQR)at the University of Virginia suffered from depression, a result of bullying from his boss, Ted Genoways, and the university’s failure to respond to repeated complaints about the bullying, including 18 calls to campus offices in the two weeks leading up to his death.

Other employees complained about bullying from Genoways, but the university did nothing to protect them. Genoways denied the bullying allegations and even dismissed Morrissey as “prickly,” blaming Morrissey’s darkened mood in the months leading to his death as the reason for their strained relationship rather than understanding his role in the darkened mood.

Genoways even went on to say that Morrissey “felt less important to me professionally as our staff grew…. As Kevin struggled through these issues, particularly in the last year, his work suffered and his demeanor, to my mind, was often unacceptable for the workplace. We feuded over this often, and the majority of the VQR staff sided with Kevin.” Genoways chalked up their conflict to Morrissey’s history of disagreeing with bosses and admitted that their conflicts fed Morrissey’s depression instead of taking accountability for possibly causing the depression in the first place. After an argument with Morrissey and another employee, Genoways banished the two from the office for a week and ordered them not to communicate with colleagues. Coworkers often heard Genoways yelling at Morrissey behind closed doors and openly dismissing Morrissey. Morrissey reportedly marked the pages of the book Working with the Self-Absorbed: How to Handle Narcissistic Personalities on the Job by Nina Brown. Genoways’ reactions are consistent with narcissism.

When Morrissey had repeat meetings with human resources, the ombudsman, and the president, telling them that working conditions were untenable, they chalked it up to “working with creative people is sometimes difficult.”

“He was anxious about his job,” said Morrissey’s sister. “He doesn’t know why he’s in trouble. He’s got a condo that he’s got a mortgage for. He got a new car that he’s got a note for. He doesn’t have a college degree and there aren’t a whole lot of jobs for the managing editor of some literary journal. He’s looking at having to uproot his entire life if he doesn’t get help. He found himself utterly trapped.”